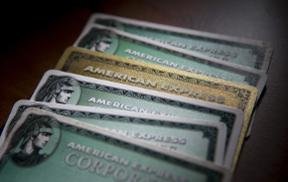 AmEx was the only credit card accepted at Costco stores in Canada, and has worked with the warehouse-club chain to issue co-branded cards. 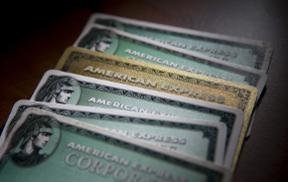 Costco Wholesale Corp. (COST), the largest U.S. warehouse-club chain, will stop accepting all American Express Co. (AXP) cards in Canada on Jan. 1 after a breakdown in negotiations between the two companies.

AmEx, the biggest U.S. credit-card issuer by purchases, was the only credit card accepted at Costco stores, and has worked with the warehouse-club chain to issue co-branded cards. U.S. stores will continue to accept AmEx, with the exception of TrueEarnings and American Express Platinum Cash Rebate cards issued in Canada.

“The terms of the contract was up, AmEx and Costco entered into negotiations and were unable to come to terms,” David Barnes, a spokesman for AmEx in Canada, said in a phone interview. “This is very specific and exclusive to Canada. There are separate contracts for AmEx’s U.S. Costco relationship.”