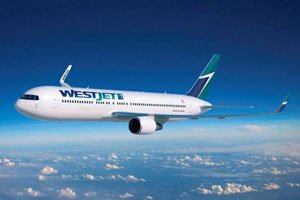 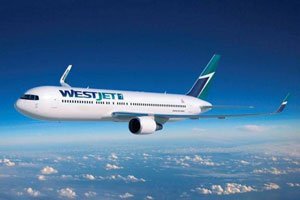 “Canadians have been paying far too much to fly to Europe for far too long and today, as we have throughout our history, we’re going to fix that,” said Bob Cummings, WestJet Executive Vice-President, Commercial. “We are offering non-stop flights at very low prices and we’re proud to once again lower airfares and make travel more affordable.”

One-way fares between Canadian cities and London (Gatwick) are available starting at:

*Some restrictions apply. Please see westjet.com/londongatwick for details. Advertised taxes and fees for European destinations may fluctuate based on exchange rate.

WestJet will also be offering introductory pricing that adds only an additional $20 one way to connect from select airports into the six cities serving London (Gatwick). Guests are encouraged to look for these introductory prices from these communities on westjet.com or contact their travel agent.

WestJet’s non-stop flights from Canada to London all operate as overnight flights leaving late afternoon or evening, which is ideal for travellers connecting to all six airports from other regions in Canada. Some 45 airlines operate fromGatwick airport, offering WestJet guests low fares and easy connections to and from approximately 200 destinations in 90 countries, more destinations than from any other airport in the UK. Located just 30 minutes from all of Central London’s many attractions, Gatwick is also one of the easiest London airports to navigate, with a monorail connecting its two terminals.

“Non-stop service between Canadian cities and London is a natural next step in the evolution of WestJet and for our transatlantic service in particular,” said Bob Cummings. “With the addition of our 767 aircraft, we will now bring our low fares and fun, friendly, people-driven service to England where we know many Canadians have relatives. This new service will also help connect family and friends on both sides of the Atlantic.”

With the exception of flights from St. John’s, which will operate on one of the airline’s Boeing Next-Generation 737s, allLondon flights will be operated by one of WestJet’s four 767-300ERW extended range aircraft. Featuring a new teal and blue maple leaf-themed logo, which will eventually appear on all WestJet aircraft, each 767 seats 262 guests and has a range of approximately 11 hours. The aircraft will include a Plus cabin with 24 premium seats in a two-by-two configuration, hot meals and all other amenities associated with Plus. The main cabin has 238 seats, with two seats on either side of the aircraft and three in the middle. By next spring all four 767s will be equipped with WestJet Connect, the airline’s new inflight entertainment and wireless connectivity system.