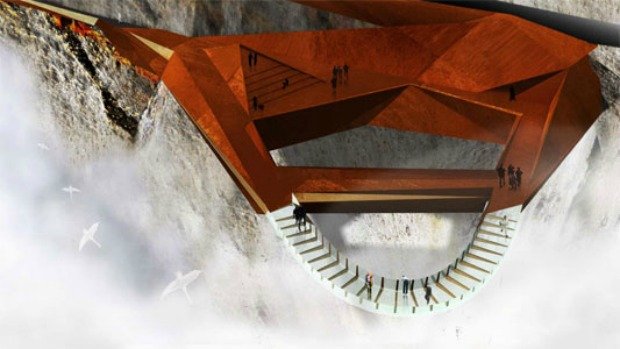 Jasper National Park is already a tourist haven by itself, especially for those who are nature lovers.

However, there’s a new addition intended to further increase its allure: the newly opened Glacier Skywalk.

This attraction allows visitors to walk on a glass observation deck so they can marvel at the vast Sunwapta Valley from a height of 918 feet. Opened to the public just recently this past May, the skywalk aims to be Canada’s newest iconic attraction. It’s also a platform to learn more about Columbia Icefield’s glaciology, ecology, and natural history.

The Glacier Skywalk has a vision of providing tourists and locals with an interpretive experience since it’s designed to integrate with the wilderness; there will be guaranteed sightings of waterfalls, as well as animals like mountain goats and bighorn sheep, apart from the view of the vast glacial valley.

However grandly promoted the project is, it wasn’t free from controversy while still under construction. There were environmentalists who were heavily opposed to the project, according to CBC News. This opposition was based on a perceived dangerous effect of the project on certain wildlife.

It was feared that this development would be intrusive on the natural habitat of the animals, and might also create a disturbance to them. This concern, though, was noted by the developers, prompting Park Canada to conduct environmental studies and adopt construction measures for the protection of the animals. Even though the project was initially strongly opposed, its developers were – and still are – positive that it will add value to the whole tourism experience in Jasper National Park.

It is, after all, a rather unusual attraction; one which should be experienced by locals and visitors alike. Sadly, the current state of Canada’s inbound tourism isn’t exactly looking up. Canadian news service The Globe and Mail reports that the already low numbers posited by the country’s inbound foreign travel was further diminished at the first quarter of this year by 2.4%.

Canada’s airports could probably take a page from other major international airports which have undergone important overhauls in the hopes of accommodating more passengers. BBC News says that Glasgow Airport’s 6.9% increase in international passenger volume was largely due to the airport’s more popular airlines opening up more routes. In the UK, airport parking service site parking 4 less documented that Luton Airport is in the midst of a near-complete makeover, including roadway expansions and terminal modernizations. As for Malaysia, they went ahead and built a whole new airport expansion altogether. Dubbed the KLIA2, it caters exclusively to budget airlines; a definite flyer drawer.

This is in direct contrast to the relatively strong surge of international tourism the world has got going right now, spearheaded by China’s newly-formed and travel-hungry upper-middle class.

With sufficient airport infrastructure upgrades coupled with a really effective tourism campaign, perhaps many more people around the world will get to experience the Glacier Skywalk yet.