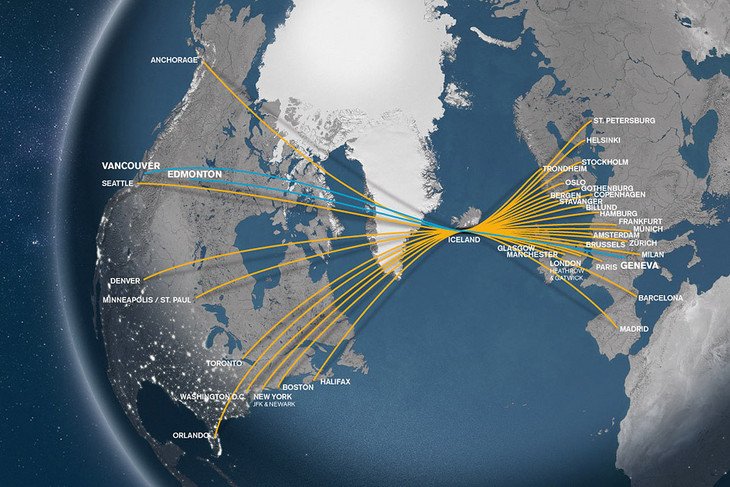 Flights to Edmonton, capital of Alberta, will start March 26, 2014 and continue until January 2015, with service four times a week. The Edmonton economy is strong with the 1.2 million inhabitants enjoying the rich natural resources of the area, creating a vibrant science and academic community. “We think we can offer very competitive service between Europe and Edmonton and are aiming for a full year service to the city“, says Birkir. Both Edmonton and Alberta have a sizable Scandinavian population, including large numbers of Icelandic descent. In addition Edmonton has the largest shopping mall in North America.

The Vancouver twice weekly flights start May 13, 2014 and continue until October 12, 2014. Vancouver, western Canada‘s largest city with a population of 2.3 million, is often voted the most beautiful and best city to live in the world. Our flight to Seattle, south of the border on the west coast of the US, has been a success for us and we hope the Vancouver route will give us added possibilities, especially in connecting to Scandinavian destinations“, says Birkir. “In addition we can expect tourism from Vancouver to Iceland and we know the city will be popular among Icelanders“.

Stay tuned for some great rates – they always have nice intro prices.

I have always wanted to visit Iceland!